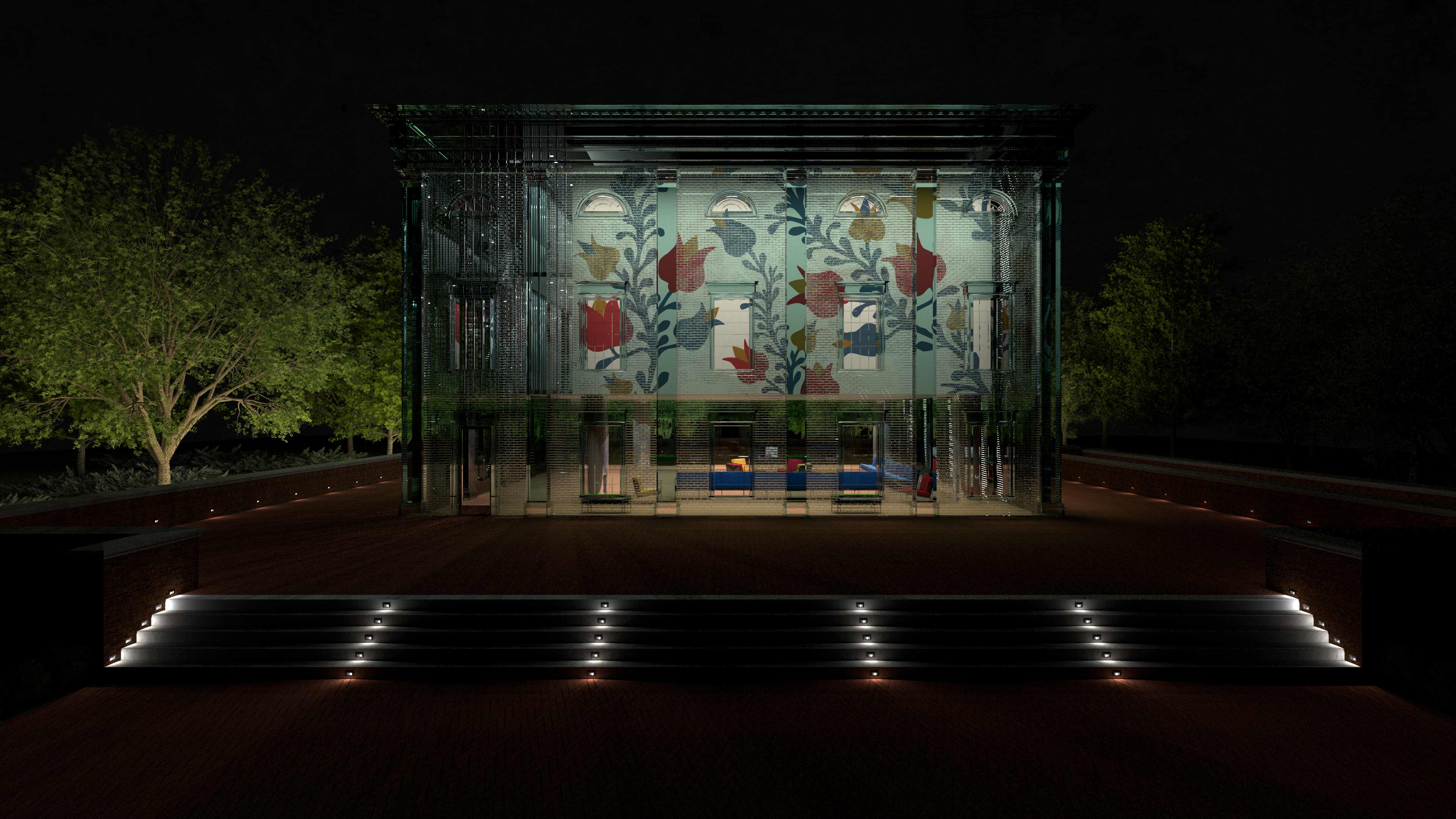 The Crystal Pavilion, positioned on ‘The Lawn’ at the University of Virginia, serves to be a continuation of the tradition established by Thomas Jefferson through a 21st Century interpretation. The design of the pavilion draws from the forms found on the lawn but differentiates itself by being completely constructed out of glass. This glass construction method pulls precedence from Crystal Houses by MVRDV in Amsterdam. Intended to serve as an art gallery, a light sealed volume is constructed within the glass facade. The volume is independent of the facade stylistically and structurally and serves as the gallery space for the pavilion. The transparency of the facade provided an opportunity to make an iconic moment when the volume is viewed from the exterior of the pavilion. The mural draws inspiration from “Folk Art of Rural Pennsylvania, Plate 1” and was modified to create a more complete composition that could be repeated on all four sides of the volume.

In contrast to the exterior of the pavilion’s classical influence, its interior was inspired by the modern movement. In order to maintain a sense of transparency, the volume is supported by four chrome cylindrical columns. The open space underneath the volume serves as a lobby and sitting area for visitors to the pavilion. The furnishings in this space are a collection of GUBI ottomans and Charleston Forge sofas and chairs. To further push the idea of transparency the stairs are made of glass and are supported by rectilinear chrome spindles suspended from the roof. Not only do the spindles serve as supports for each stair but also as a method to keep the occupant safe while ascending to the gallery spaces.

By combining the elements of modernity and classicism into one project the continuation of Jefferson’s tradition remains with the pavilion’s exterior while the interior provides a totally new and boundless experience. 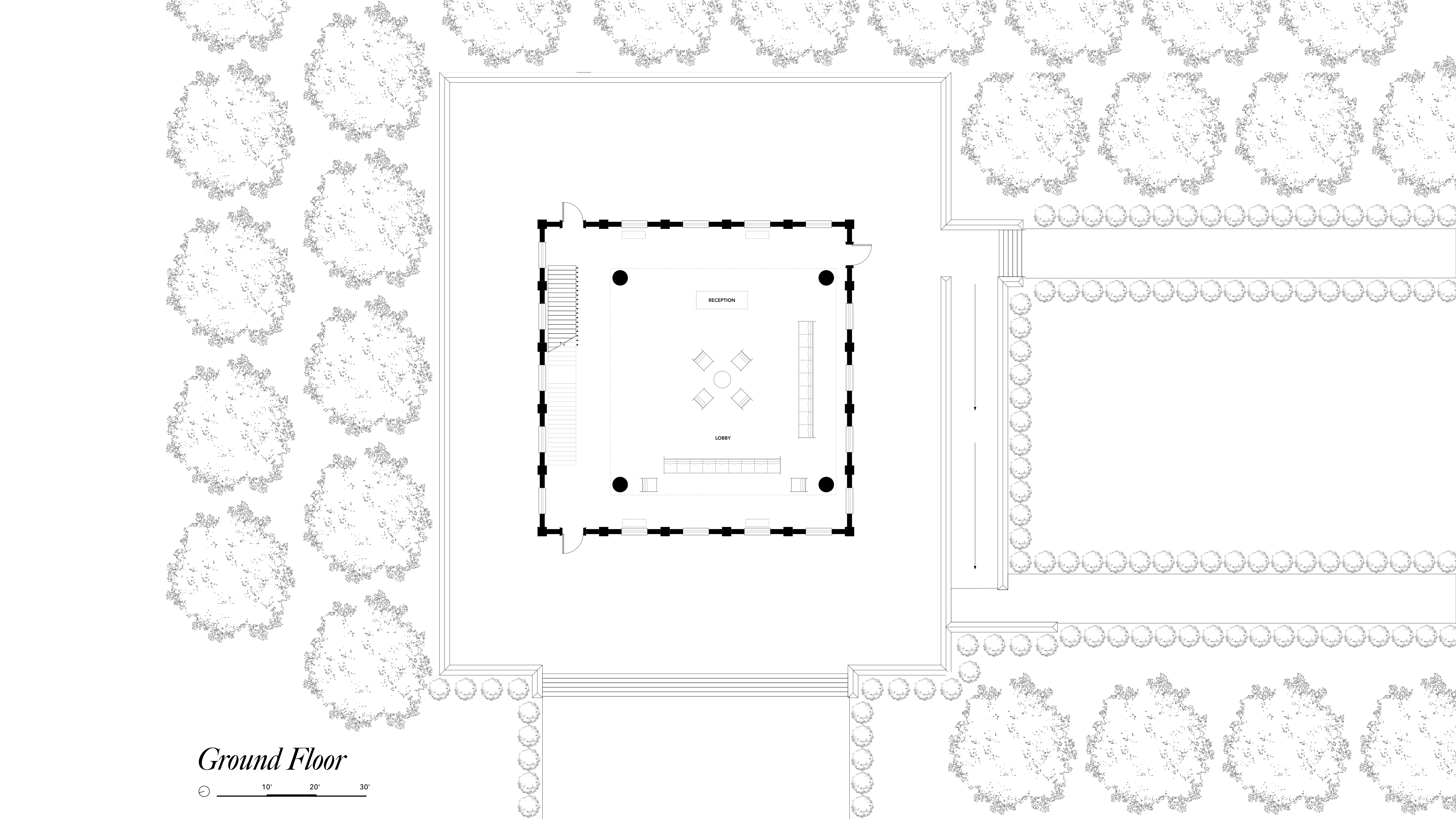 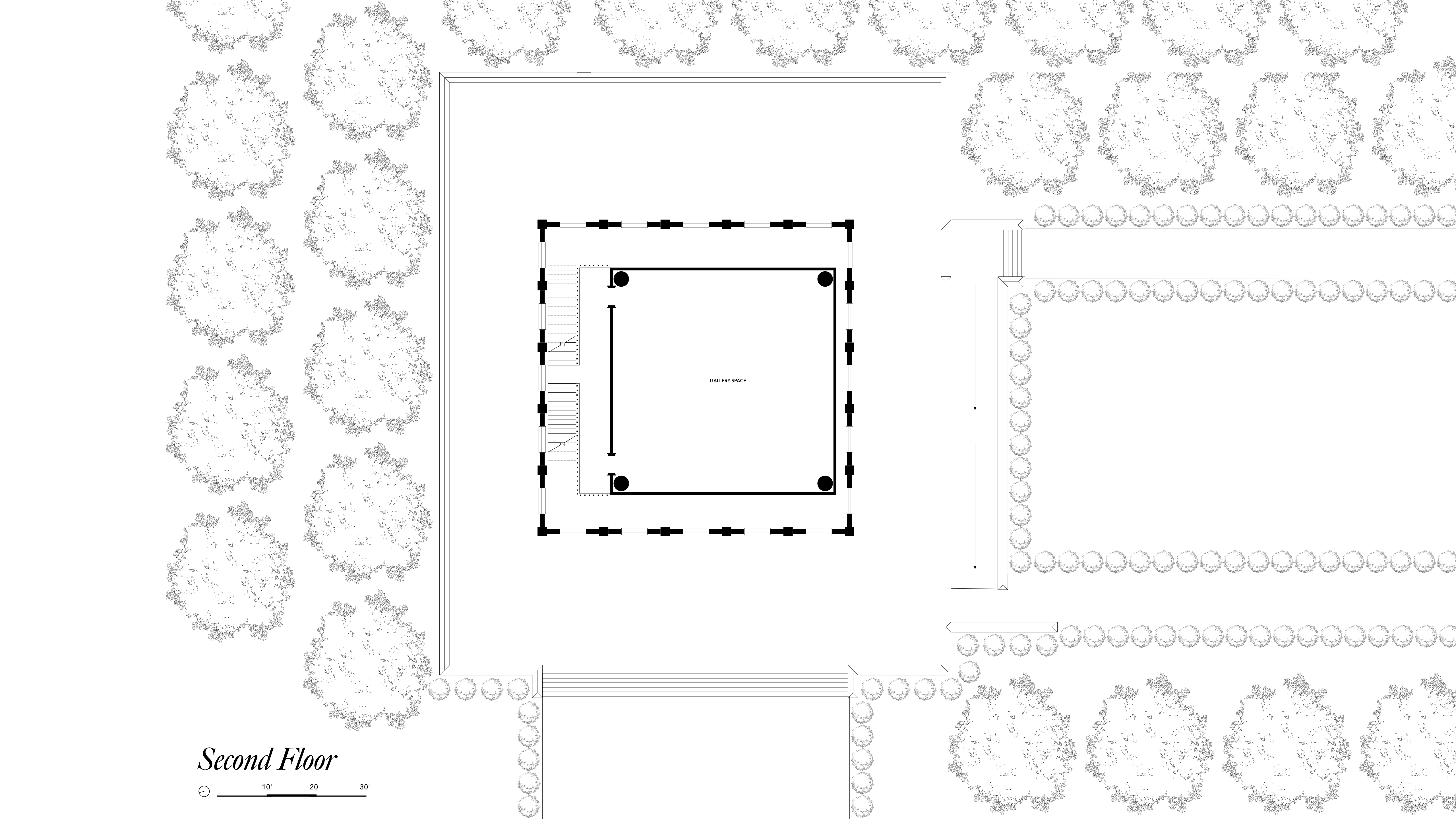